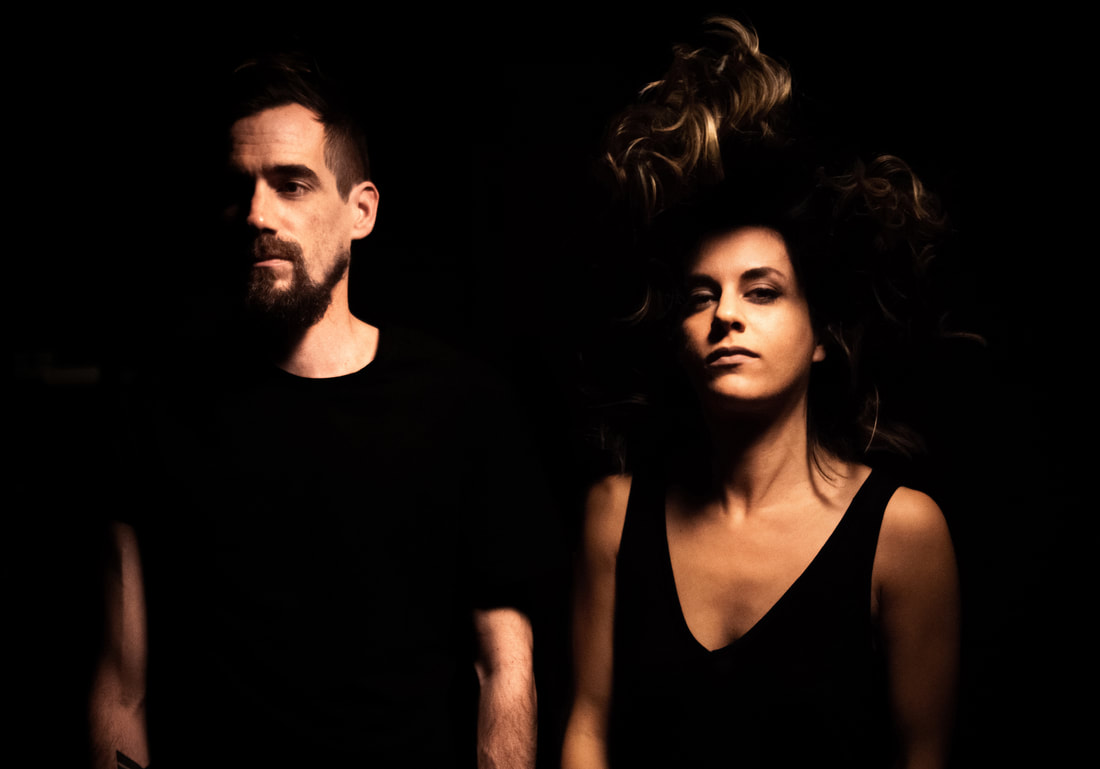 Kodacrome is a two-man production team disguised as an electronic band. Currently based in Brooklyn, members Elissa LeCoque (vocals/arrangements) and Ryan Casey (synthesizer/production) share a background in visual art, set-building, filmmaking, and screenwriting, all of which has spilled over into the presentation of their original analog synth-based catalog. Over the last decade, Kodacrome has become known for their dark, textured, minimalist production, and layered vocal melodies, as well as their art-department-heavy video content, and small-batch merchandise.

Elissa & Ryan first met in 2009 while touring via their respective solo projects for the Belgian-based label, Marathon of Dope. The pair quickly recognized a kindred spirit of sonic and visual storytelling, and began a cross-country collaboration - swapping files from Elissa’s home base in San Francisco, and Ryan’s Bushwick warehouse studio. By early 2010, Kodacrome was born, kicking things off with a smattering of experimental shows in the US and Europe, and eventually setting up shop seaside in Martha’s Vineyard, where Ryan had been commissioned to build a venue and recording studio.

In 2016, after encountering a roadblock on the direction of their third studio album, Kodacrome decided to switch gears and dedicate a year to their visual foundations. What began as a simple music video concept, snowballed into an all-consuming project, consisting of nine sets, electrically-wired lights and motors, and a borderline-obsessive stockpile of dollhouse-sized set pieces. The resulting music video for “Oh, You Two” aesthetically informed the production of their subsequent double LP Think Of The Children (2018), which was released on Brooklyn experimental label, FOIL, and was featured by KCRW, Vice, The Line of Best Fit, and Marvel’s Runaways.

Following Think Of The Children, Kodacrome participated in artist residencies at the Banff Centre (Banff, CAN) and the Mudhouse (Crete, GR), where they studied the expressive relationship between orchestral instruments and analog synths, and ultimately arranged and recorded a chamber-based redux album. Their resulting EP Banff Sessions (2020) features original compositions for piano, voice, strings, woodwinds, horn, and hints of ambient analog synthesizer. The experience of recording music “off the grid” with no click track, and making use of human players became an addictive process, which they look forward to implementing in their impending return to synth-forward works. ​